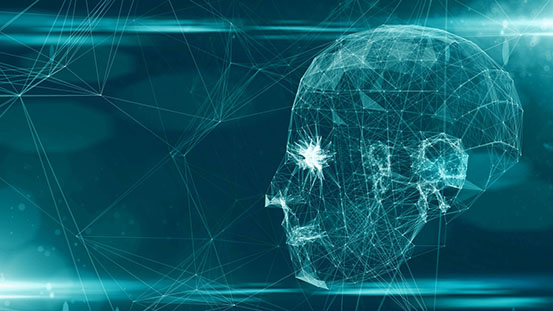 If you’ve been part of the gaming world and playing video games for any amount of time, you probably like a challenging game. Compared to the human player, though, computer controlled characters and obstacles often have the upper hand. Winning, in short, can be tough, especially on higher difficulty modes.

But if you persist, victory ensues. So why can’t computers be too good? The short answer is this: because humans don’t like to lose. But let’s play with this idea a bit more. An AI system is part of most any commercial game, and game designers walk a fine line between making a difficult game and keeping things fun.

Well, wait a minute, let me back up a bit. First, we should take a moment and define that “game AI” is not general artificial intelligence like what Siri or Alexa aim to become. In the Golden Age of arcade games, artificial intelligence first appeared via early games such as Space Invaders and Pac Man, giving us harder and harder levels to play through. As more and more Pac Man ghosts littered the field, the human player struggled to keep up. And, let’s be honest, it was frustrating when those ghosts got the best of you and made you lose all your hard-earned tokens!

But times have changed since then, and, certainly, so have game designers, neural networks, and the many human- and computer-derived aspects of game making. Game AI works to offer the player new and expanded gameplay and increasingly interactive gaming worlds. This type of AI system is less about answering what the weather is going to be like tomorrow and more about harnessing computing power for a better game experience.

Even with Advanced AI, Winning Is Part of the Game Experience

Some classic games like Tetris go on and on until the blocks stack up and the player loses. But most modern games have a definitive end, which satisfies players. Yet today we can build games with very advanced algorithms that can make playing the game more difficult as the player progresses through levels. In many ways, we can create platform games that never end. For example, enemy monsters can learn your playing habits and overwhelm your abilities until it becomes impossible to win. But, that’s the problem right there — who likes losing?

I don’t. Hell, I was that kid who realized that peeling and perfectly reapplying the stickers on my Rubik’s Cube was super fast. No, I was not cheating, and you are mean to say that… Sure, I did eventually solve it, but my first thought was just to circumvent the problem entirely. With an advanced game artificial intelligence, you cannot “cheat” to win. You have to hone your craft in-game.

Dani Bunten was once asked how to play-balance a game. Her one word answer was “Cheat.” Asked what to do if gamers complained, she said, “Lie!”

Without Winning, Why Play a Game?

Games of the past had very early and basic AI. Essentially, computer controlled objects and characters were governed by a bunch of hashes, whereby they would follow a path and do X when you did Y. There was no real machine learning. While this technology is simplistic by today’s standards, it helped set the foundation for the achievements made possible by today’s neural networks and artificial intelligence and for those yet to come.

Alright, let’s think about a video game scenario for a minute. We have an endless runner game in which we have to jump over alligators and rolling barrels of oil. If you’ve played any classic games, there should be one that’s coming to mind...

Okay, yes, I’m thinking of Pitfall! If you’ve played it, it was amazing. I was so impressed how the game quickly “learned” my behaviors. For example, I waited for a particular order to happen before I made my jump for that swinging vine and safely soaring over the gaping mouths of those three gators.

As the game waited for me to make my jump a few more times, suddenly the timing would change. I got to the gators, and the vine waited just a millisecond before it swung back from the right. So, I’d miss the vine and Tick-Tock gobbled me up.

Okay, that was annoying. So I’d restart the level and try it again. If anything, those early platform games taught persistence. I’d jump over the barrels, avoid the snakes on ladders, and really get rolling. This time the game kept the vine for a moment longer on the left side, throwing off my timing to jump off. Once again I was nothing but a protein snack for this evil mega-lizard.

On my last shot, I gave it all I had. Some mix of nerves, skill, and lucky timing got me safely flying past that evil lizard. Even though Pitfall! grew more challenging and learned my playing habits, winning was still possible.

In modern game design we have the ability to employ onboard neural networks that learn and transform the game dramatically and even employ cloud-based AI like Google’s TensorFlow to recreate the game en masse on the fly.

Here’s the thing — machine learning with neural networks is amazing but it is only as smart as the input. One person playing a game will make sure that the game seems interesting. But millions of people playing a game means producing lots of data to be digested by a neural network, which means that the AI agents and computer controlled characters could become seemingly invincible.

Are we going to have to build our games so that humans can win? Yes. Period. Do you want to play the FPS zombie shooter where the zombie with the handgun ALWAYS beats you? No way, dude. I wanna win

Clevyr builds cutting edge, scalable technology software solutions including artificial intelligence for IT operations, digital twinning, predictive analytics, and cognitive computing - plus much more! Check us out at clevyr.com or drop us a line at hello@clevyr.com.

Join The List! Sign up here to get the latest news and updates delivered straight to your inbox. 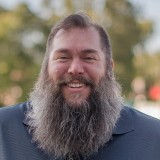